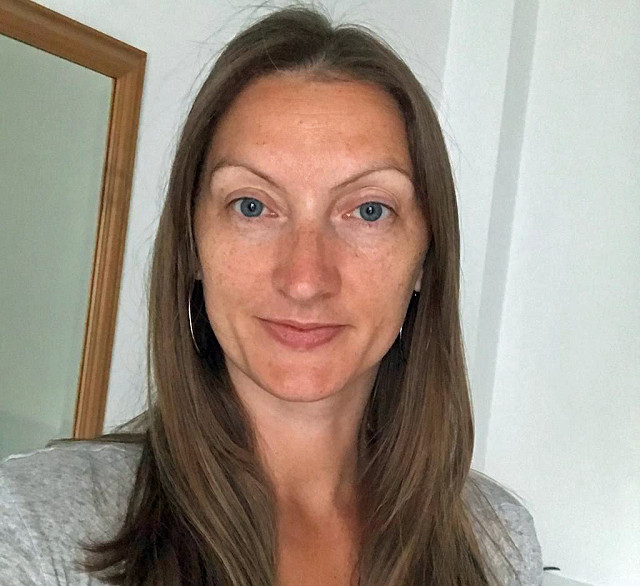 Victoria joined us as Estate Officer in May 2019. She has lived in Saffron Walden all her life, so has always known about the Almshouses. A former Executive Assistant, with a strong background in Administration and Corporate Social Responsibility, Victoria’s primary duties are all matters relating to the residents and the buildings. 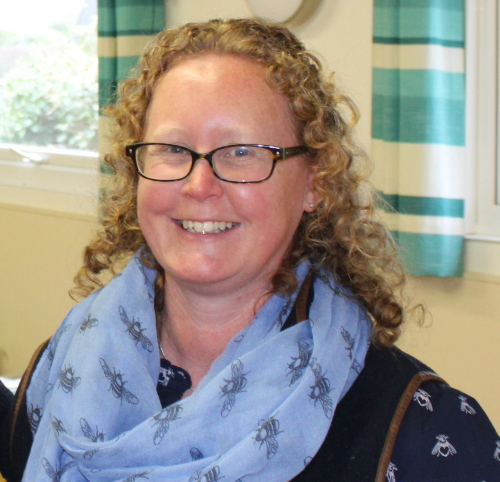 Lisa was appointed Business Officer in April 2020. She has lived in the Saffron Walden area for over 30 years and prior to joining us spent 10 years working for local charities, with responsibility for their finances among other things. For a number of years she worked as a data analyst for a pharmaceutical company and likes to leave no stone unturned! She belongs to a local village hall and fête committee and spends her free time as a beekeeper. Lisa’s main duties are related to the Charity’s finances and supporting residents with their maintenance contributions.

Dom joined us as Compliance Officer in August 2022. He originally hails from County Durham but has lived in the East of England for almost 20 years. Dom’s background is in the charitable and public sectors, where he has held roles in leadership, HR management and governance. An avid football fan, he enjoys travel, history and music, with two great passions being Chelsea FC and Irish music group The Cranberries. Dom's key duties are Company Secretary with responsibility for the Charity's statutory and regulatory compliance. 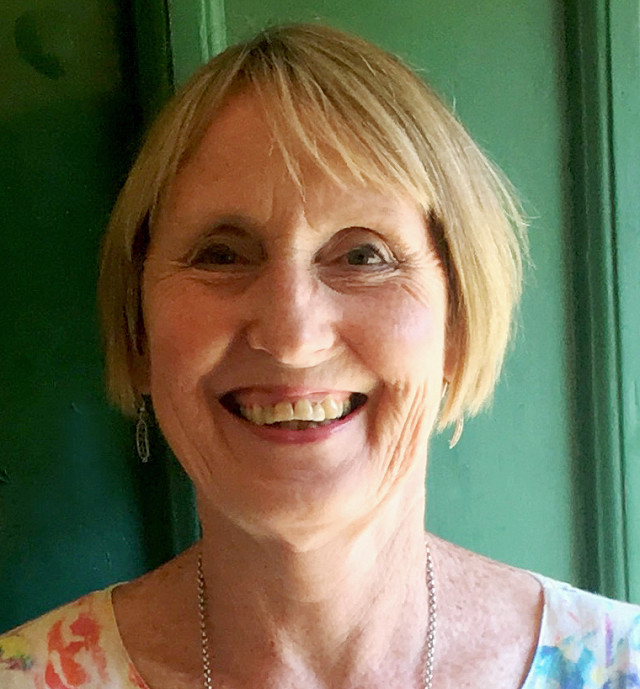 Linda has lived in Saffron Walden since 1988. She was previously practice manager at Borough Lane Surgery (now Crocus Medical Practice). Linda has a strong background in finance, having been a chartered accountant for many years. 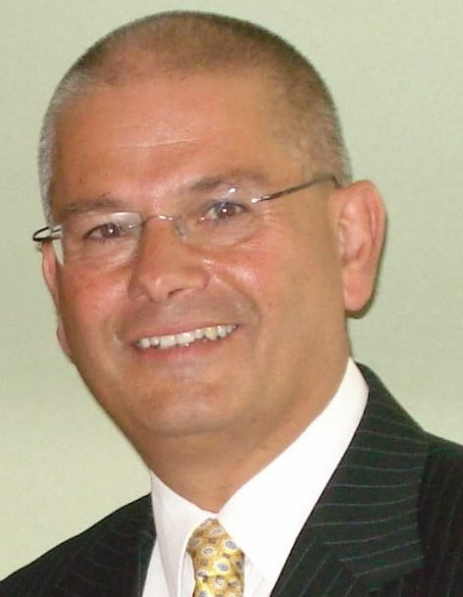 Malcolm has been a Trustee since November 2010; living locally since 1995. Retired Waitrose Branch Manager, he now volunteers for a number of charities including Hearing Dogs for Deaf People, Uttlesford Foodbank, and St Clare Hospice. Malcolm is an Arsenal Season Ticket Holder, keen golfer and enjoys travelling. 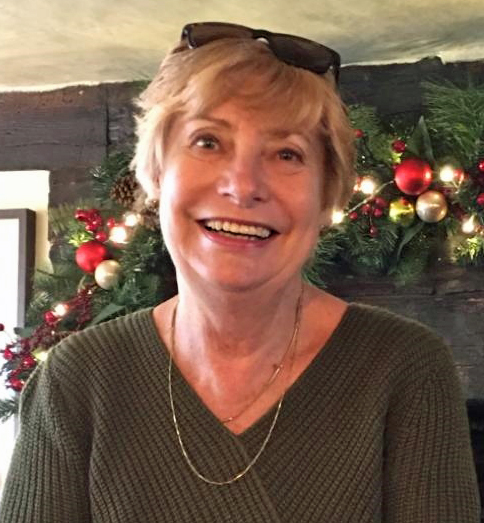 Diane is a qualified teacher who worked in education for over 40 years. She taught in the secondary sector in Harlow for 20 years, served as a seconded teacher for Essex County Council with BP Oil UK, worked as a Senior Manager in the Education Directorate of the London Borough of Enfield and at Hertfordshire Careers Service. She also worked for four Education charities, inspected Special schools and Connexions Services for Ofsted, and undertook a portfolio of freelance consultancy for schools, Local Authorities and businesses. Throughout her career Diane has had a number of voluntary roles including serving as a Trustee at Enfield Parents’ Centre, as a governor of a primary school in Harlow, a speaker for WaterAid and as a Trustee with Uttlesford Citizens Advice and Voluntary Sector Training. Now retired, Diane joined the board late-2020. 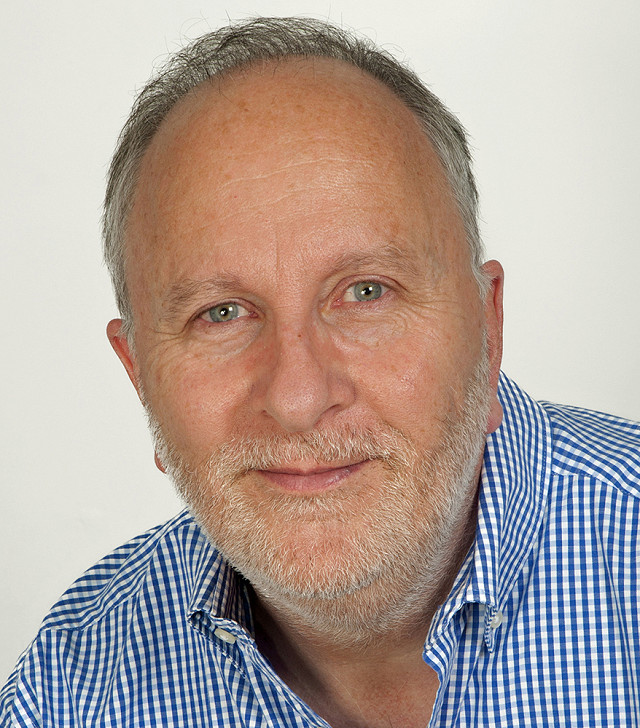 Originally from Ireland, Peter has lived in the UK since the mid-1980s, including Cambridge and London. A communications professional, he has worked in the NHS for nearly 30 years, principally in London and Hertfordshire. Peter moved to Saffron Walden at the end of 2021, as part of a plan to move towards retirement. He has always had a strong commitment to charity, being an active listening volunteer with the charity Central London Samaritans over the past 25 years - during which time he was also a volunteer director and trustee. Peter's interests include gardening, walking and, most recently here in Saffron Walden, walking football. 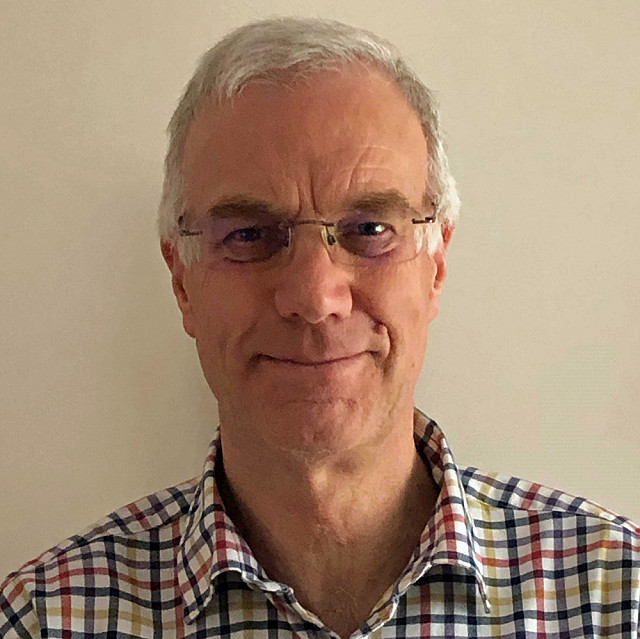 Steve has lived in Saffron Walden since 1994. He is a member of the St Mary’s Church Council and played a major role in the fund-raising for and installation of, from 2011-18, the new heating, toilet and servery in the church. Steve is also the Buildings Advisor for the listed church buildings in the local area, a member of the Chelmsford Diocesan Advisory Committee on buildings and a keen cyclist. 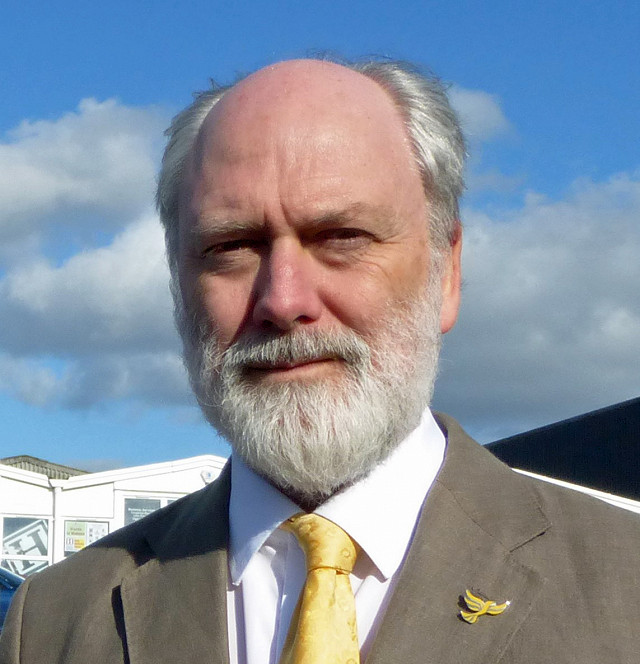 Mike is an Architect in private practice in Saffron Walden. He is also a Trustee of the Saffron Walden Youth Outreach Project, Area President for St John Ambulance, and Chairman of Saffron Walden Historical Society. 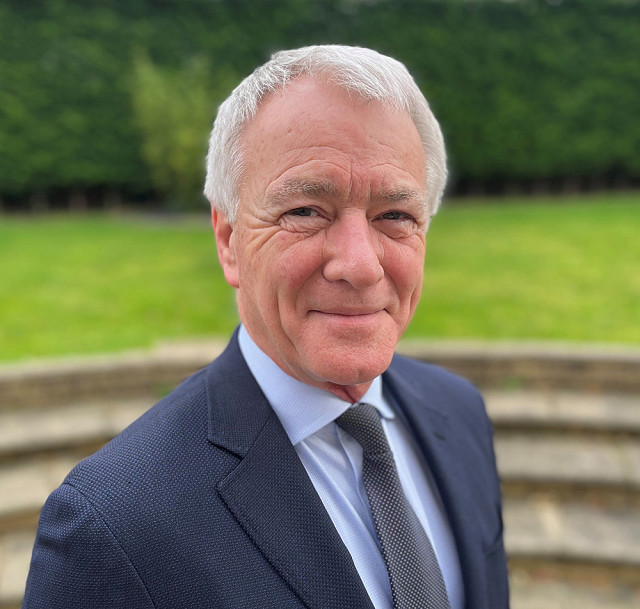 John is a recently retired Chartered Surveyor who has lived in Saffron Walden for 18 years. He is a trustee of several pension funds and also a trustee of the Saffron Academy Trust. 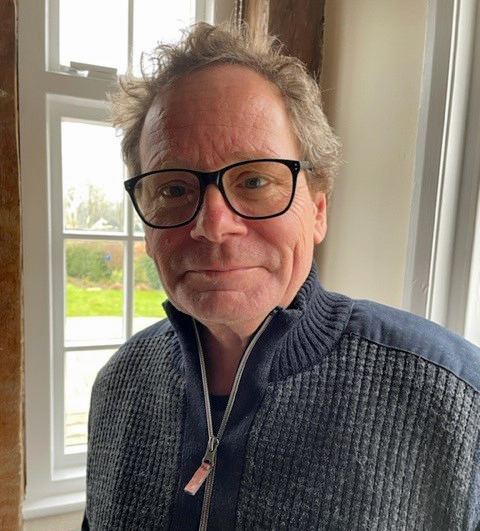 Simon has lived in or around Saffron Walden for most of his life, running pubs and restaurants until his retirement three years ago having started his career working for an old London wine merchant, Saccone & Speed. Appointed early-2020, he lives in Elmdon and is looking forward to the challenges of being a director of the almshouses and becoming more involved in Saffron Walden life. 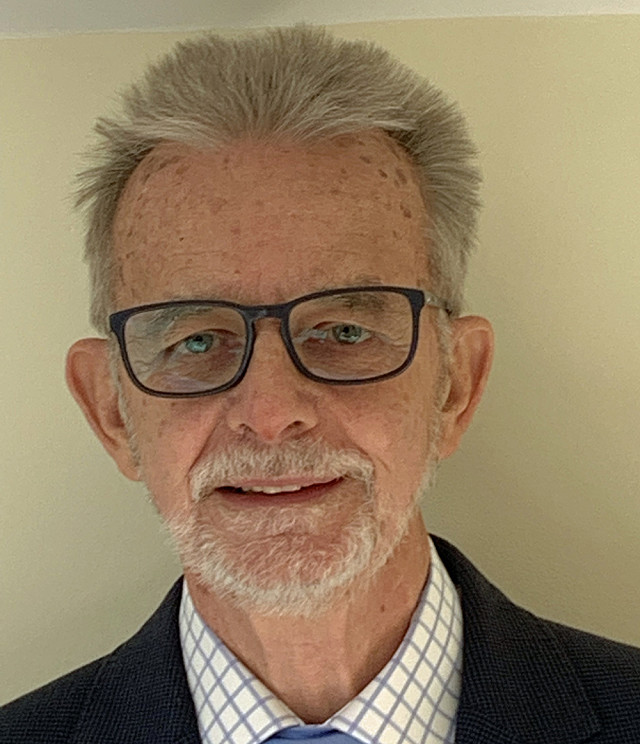 Peter has lived in the Saffron Walden area for the past 14 years. He is a Chartered Quantity Surveyor and has recently retired from a project and property management company he established 30 years ago. He has been a school governor, supporter of a number of charities and is a keen golfer. 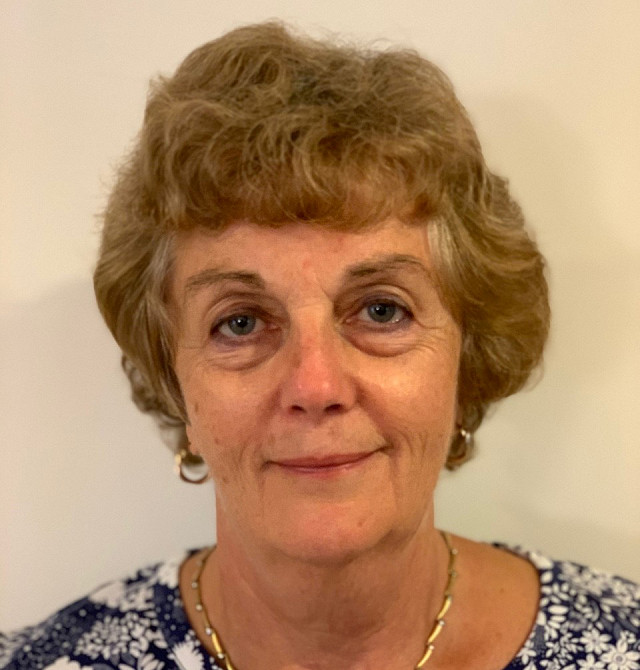 Joanne worked in University IT before moving to Saffron Walden in 1991. She has been a governor at two local schools and volunteers with charities in Saffron Walden and London. Joanne joined the board in 2013, and she is our current Chair. 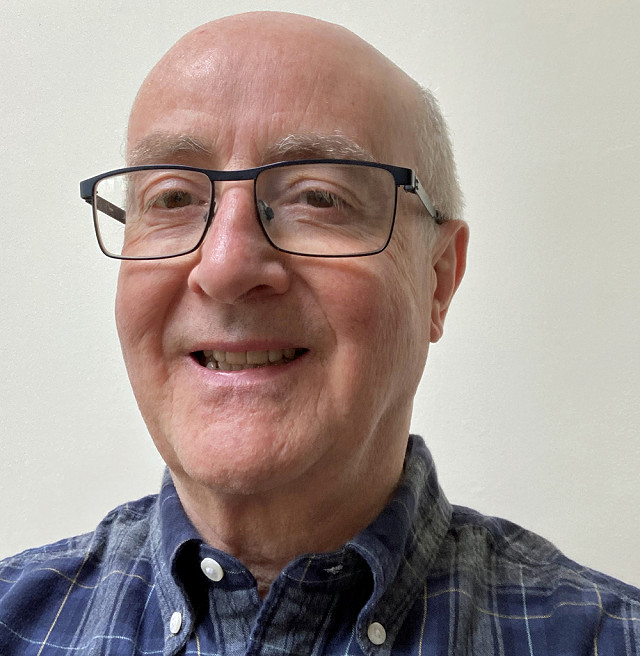 Trevor has lived in Walden most of his life and attended Boys’ British School and SWCHS. He is a Chartered Quantity Surveyor and recently retired as a partner with a Walden-based private practice. He now acts as a consultant and is involved with various local community groups. 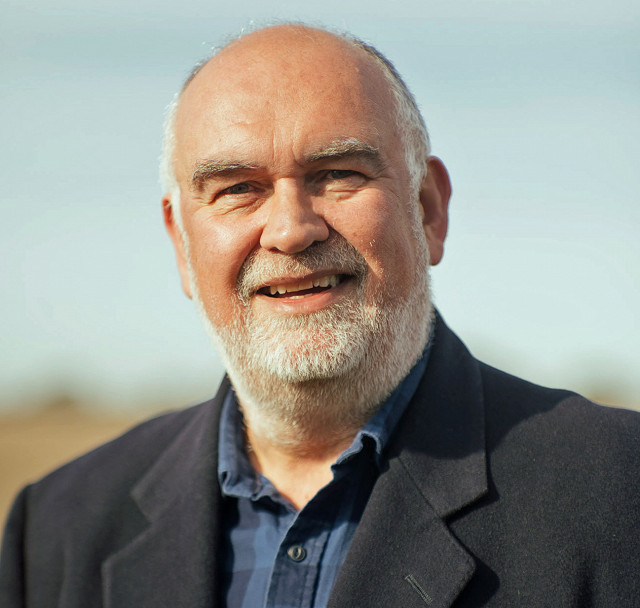 Jonathan has worked in marketing for over 35 years. He is an ex-ad man, and now runs his own marketing services consultancy. He is a Freeman of The Company of Entrepreneurs and volunteers through outreach helping young people develop new business ideas. He lives with his family in a nearby village and is a member of the local PCC. Jonathan joined the board of Trustees in December 2021. When not working Jonathan enjoys family life, exercising the privileges of a private pilot’s licence and failing at ‘trying’ to write that book. 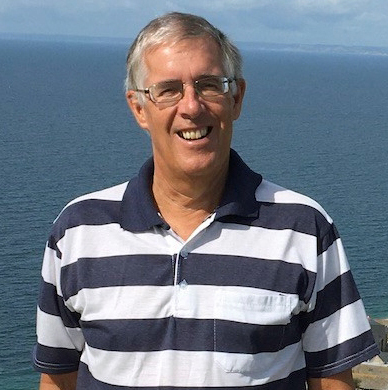 Malcolm has lived in Saffron Walden for over 50 years. He was educated at Newport Grammar School (now Joyce Frankland Academy) and Loughborough Colleges where he qualified as a Chartered Librarian. He is a keen local historian and closely involved with a local cancer charity. Malcolm was Town Clerk of Saffron Walden for 34 years until his retirement in 2010. He has written numerous local history articles and published three books about Saffron Walden, containing much historical information about the Almshouses.